Although in general the name of poesy be taken for some fiction, and though it is a common saying, “Les poètes mentent de moult de choses [the poets lie about many things]," yet the end of poetry is truth, to advance which these feigned images are formed...

Uma Satyavolu Rau’s interests and intellectual pursuits have always been across boundaries: her PhD dissertation spanned roughly the period of 1750-1870’s, and considers the influence of the Scottish Enlightenment on the Long-Nineteenth-Century/Victorian Britain’s ideas of Civilization and Empire. It is neither strictly Victorian/British Studies, nor Postcolonial Studies; not exclusively literary studies nor historiographical, but embraces the both/and of many divides. And yet literary canons and traditions from diverse languages and cultures have always been of interest to her; in the English department, she will find any chance to teach Homer or Milton or Toni Morrison that she can. But Uma also believes that are constantly being contested and reformed, and that students especially benefit from the critical analysis of why we value books and reading, and why certain books over others. She believes that Literature is the Infinite Conversation and is happiest when engaging students, individually and as a class, as they enter into this conversation and form communities of readers and readerships. She is currently energized by the new course she has designed and is set to teach as part of a First Year Academic Community: Narrative and Graphic Perspectives in Health Humanities, looking at emerging modes of understanding the importance of diversity and inclusion in the medical humanities. Her Literature and Medicine course is a foundational course for the newly approved Health Humanities Certificate. Uma is also the Coordinator the interdisciplinary Health Humanities Undergraduate Research fellows under the aegis of the English Department.

Uma’s interests in the mission of the Humanities and her passionate devotion to old-fashioned concepts like Beauty and Truth have directed her, over the last few years, into transhistorical, transcultural courses which bridge the gaps between imaginative truth of literature (poetry, fiction) and the centrality of factual, scientific knowledge. “Beauty is nature’s fact,” Emily

Dickinson tells us; and perhaps one might venture the corollary, that Fact is nature’s beauty. Uma’s devotion to promoting such interdisciplinary knowledge has led her to devise the course Literature and Medicine. She now co-ordinates the English Department’s Medical Humanities Undergraduate Research Fellows in their research into strengthening humanities education for undergraduate preparing for the medical and healthcare fields, as well as science writing and narrative medicine. Christine de Pizan again: “These are my habits and the way I spend my life: studying literature.” 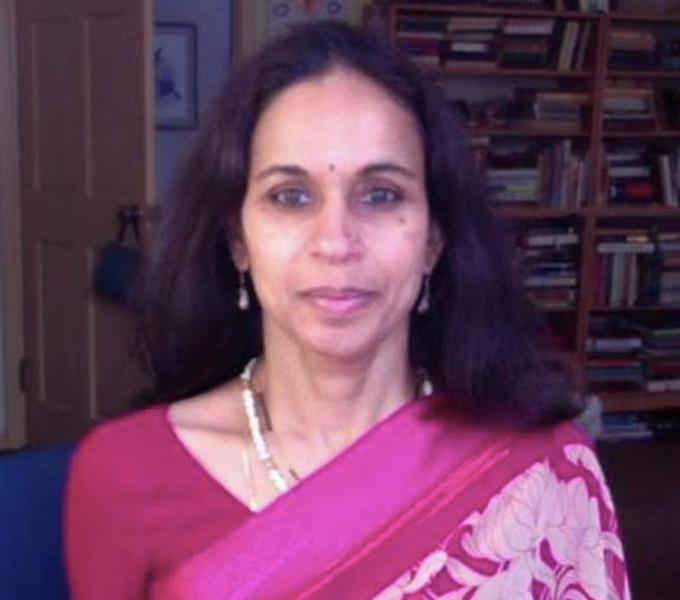