Shaun Myers is Assistant Professor of English and affiliate faculty in the Center for African American Poetry and Poetics and in the Gender, Sexuality, and Women’s Studies Program. She teaches and writes in the areas of African diasporic literature and culture, especially Black aesthetics, transit and transnationalism, and Black feminist literary histories.

Her current book project, Black Anaesthetics: African American Narrative Beyond Man, traces posthumanism’s disavowed genealogies in African American literature of the post–civil rights era. The book argues that writers such as Toni Morrison, Octavia Butler, and Andrea Lee have used techniques of illegible blackness to trouble humanism’s racialized fictions of Man. Offering an aesthetic theory and a cultural history, the book tracks modes of blackness that defy perception, opening up space not only to rethink black women writers' narrative experimentalism but also to think the human anew.

Myers is also working on a second project examining the art of black transit under conditions of suspended freedom. Her work has appeared in American Literary History, Souls, and African and Black Diaspora. Her study of contemporary black women’s writing and travel as formations of black feminist geographies will appear in African American Literature in Transition: 1980-1990 (Cambridge University Press).  She has been awarded fellowships from the Ford Foundation, the Kaplan Institute for the Humanities at Northwestern University, and the Rutgers University English Department. She is currently a faculty fellow at the University of Pittsburgh Humanities Center. 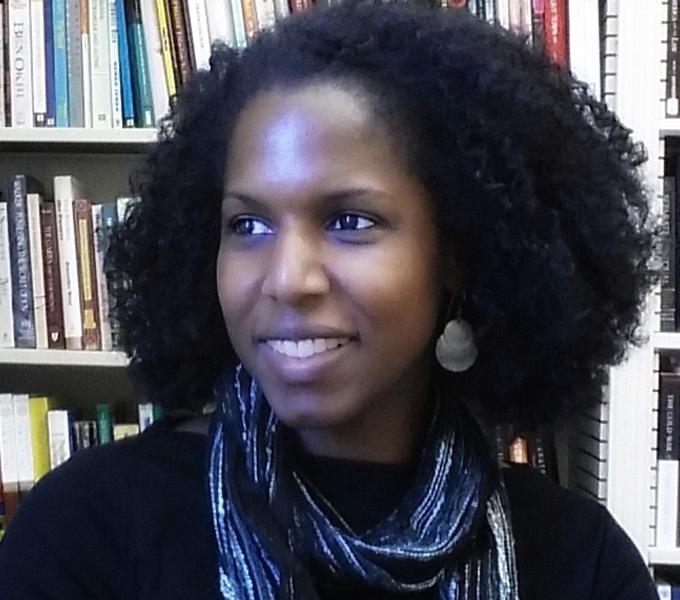