Paul A. Bové is the Editor of boundary 2, an international journal of literature and culture, published by Duke University Press.  The journal has published recent special issues on major topics in the academy, including Antinomies of the Post-Secular, Second Hand Europe, as well as a Dossier: Orientalism and the Invention of World Literatures.  Forthcoming special issues include studies of Stuart Hall as an exemplary intellectual, “Marxism, Communism, and Translation,” and “New Perspectives on Gender, Sexuality, and Feminism”--among others.  He is also the Editor of the B2 Review, which publishes extended online magazines on Digital Culture, Gender and Sexuality and Literature and Politics.  You can follow the journal on Twitter, @Boundary2 as well as on Face Book (boundary 2 Facebook Page).  He also edits the journal’s YouTube channel for video lectures and interviews.

For easy access to his book publications go to Paul Bové's Author Page.  He also blogs at Critical Reflections and you can follow him on Twitter, @BovePaul or on Face Book (Paul Bové's Facebook Page).  He is the author of dozens of articles in refereed journals, and he has lectured in many leading US and foreign universities as well as most major national and international conferences in the literary fields.  He was elected a member of the International Association of University Professors of English in 2010.

Research:  He is currently completing a book that proposes a defense of literature and a revision of critical theory that depends upon apocalyptic and secular messianism and its critical embodiment in ‘allegoresis,’ the reading of literary and cultural texts as allegory.  This book contains lengthy discussions of Walter Benjamin, Carl Schmitt, Theodor Adorno, and Fredric Jameson as well as Wallace Stevens, Rembrandt, and Shakespeare.  He also has under way a book on Henry Adams and aspires to write a book on portraiture in plastic art and writing.

As Editor of boundary 2, he organizes conferences and lectures for the department and university, including the just completed conference on “Poetry and Poetics,” which was live streamed.  He also serves on the Department Budget and Planning Committee. 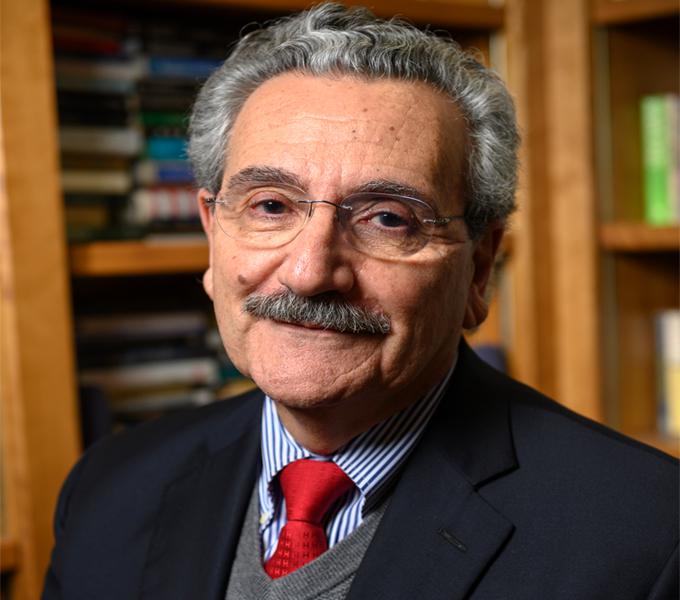