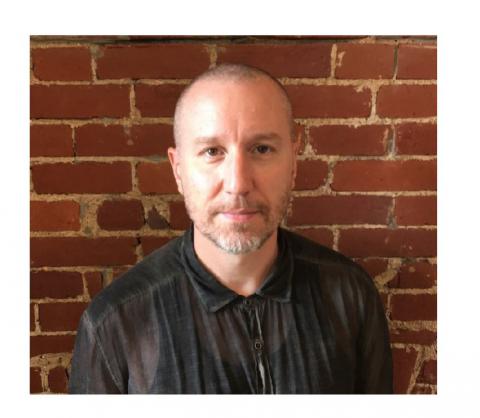 Dr. Benjamin Parris (he/him) joined the literature program in Fall 2018 as Visiting Assistant Professor of Literature. A scholar of Early Modern drama and poetry, histories of philosophy and science, and critical theory, Dr. Parris’s first book—Vital Strife: Sleep, Insomnia, and the Early Modern Ethics of Care—will release this summer with Cornell University Press. You can read more of Dr. Parris’s work on Shakespeare and an ethics of care in the forthcoming edited collection Shakespeare and Virtue from Cambridge University Press. He has presented his research on Margaret Cavendish and on Milton and Spenser at recent MLA conventions. He is at work on a second book project: Endless Goods: Virtue and Political Economy in Early Modern England.

The following interview was conducted via responses to written questions and has been edited for clarity and concision.

When did you begin teaching in Pitt's literature program? Which are the courses you typically teach?

My teaching and research focus on three main areas and seek to understand how they relate to each other: Early Modern Drama and Poetry, the histories of philosophy and science, and critical theory. I have particular interests in Marxism and value theory, psychoanalysis, and the history of ethics, especially virtue ethics and neo-Stoicism. Along with Shakespeare, I have strong teaching and research interests in the poetry of John Milton and Edmund Spenser.

I grew up in a rural part of western North Carolina and, like most academics, was drawn to books and a love of reading from an early age. I was lucky to attend UNC Chapel Hill as an undergraduate, where I took fantastic courses on early modern literature with Reid Barbour and Jessica Wolfe that started me down this path. I went to graduate school at Johns Hopkins, whose English department is known for combining philosophical approaches to literary study with a strong emphasis on the theory and history of literary criticism.

For me the most important question that animates all our thinking, reading, and writing in the humanities is the question of how to live and die well. I see this notion and the corresponding thought that we must care for our souls (or selves, if you prefer) and for each other as the core principle and reason for our study of literature, philosophy, painting, film, history, etc.--any area of investigation that is part of what we have traditionally called the humanities in the context of a liberal education.

Would you speak about your approach to teaching?

In my Intro to Shakespeare course, I combine a lot of lecturing on both the historical and cultural contexts of early modern theater with readings in ancient and contemporary philosophy and literature. For instance, students will read Richard II alongside some of Aristotle's remarks in the Poetics on tragic recognition and reversal, Othello paired with W.E.B. DuBois's reflections on the perils of double consciousness in "The Souls of Black Folks," or The Tempest with Aimee Cesaire's "A Tempest." I find that reading Shakespeare alongside a range of texts that share the playwright's concerns or interests--and in some cases, are responding directly to his works--is a fun and thought-provoking way of opening up the reading of the plays.

One of the students in my Reading Poetry course had a really positive response to our reading and discussion of gender norms in relation to Odysseus's shifting character traits in the Emily Wilson translation of Homer's Odyssey. It led them to write a personal reflection piece in the Pitt News about their own experiences navigating gender norms, moving across thresholds, and consolidating their own sense of self. This is of course the sort of thing we as teachers love to see in our students: a meaningful connection with the literature that lights them up, and even helps them lead better lives for themselves and for their communities in some way.

How are our ongoing pandemic conditions shaping your work?

I've certainly become habituated to working exclusively at home and to doing most if not all of my research through online databases, e-books, and so forth. This latter aspect has been the biggest challenge for me, because I LOVE libraries and thoroughly enjoy just slowly working my way through the stacks, holding books in my hands and turning the pages.

Are there organizations or groups of which you are a member or that you lead that you would like people to know about?

I practice Ashtanga yoga at the Shala of Pittsburgh, and it has been one of the most transformative experiences of my life. I would encourage anyone to take it up!

Any hobbies and interests outside the literature program that deepen your life?

Strange, experimental, deep music of all sorts: electronic, contemporary classical, ambient/drone, post-punk. In a previous life I was a house music producer and DJ and toured pretty extensively in European clubs (I even got to play Berghain in Berlin once!)

Jenny Mann, The Trials of Orpheus: Poetry, Science, and the Early Modern Sublime

What is one book you wish more people would read?